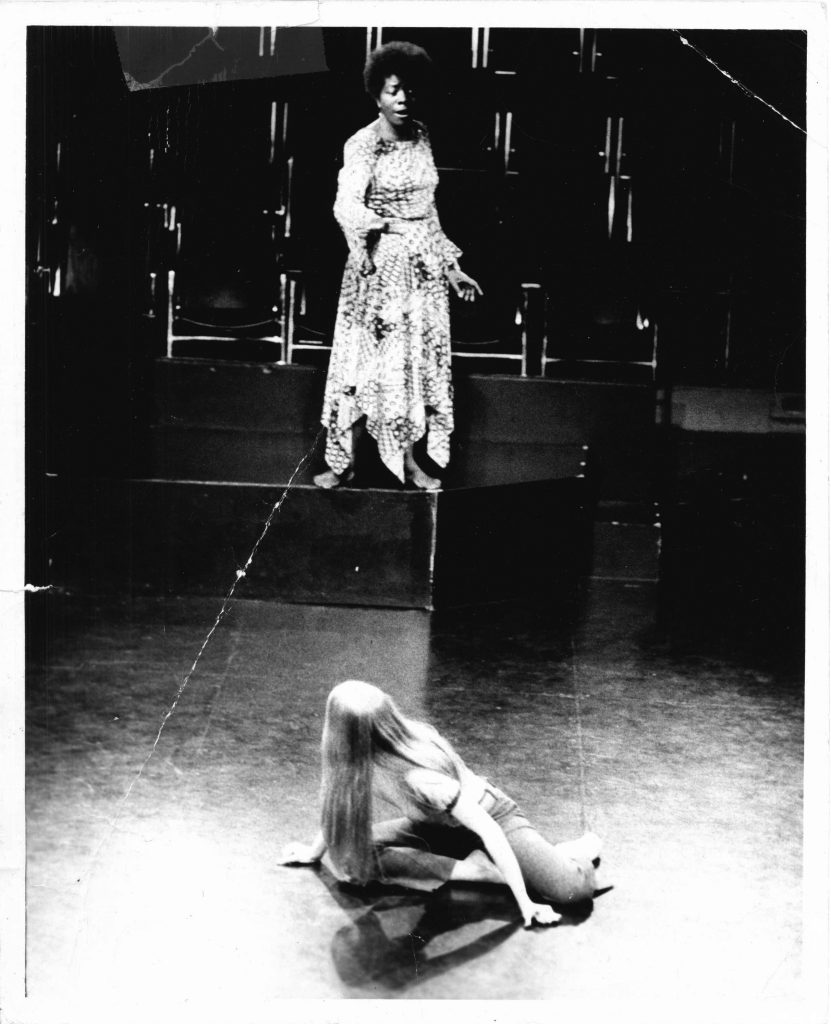 Love Me, Love My Children

1971
(previously run in Canada under the title Justine)

A hit in Toronto, this amorphous,21-song, and nearly bookless show skipped musically through an assortment of styles, including both classical and rock, received considerable approbation from the New York critics, and had a decent run. The fluid staging and choreography enhanced the various numbers dealing with a wide assortment of topical themes. Among them were TV commercials, suburbia, critics, youth, and family.

These themes were woven into a thin story of Justine, a small-town girl who runs off to the big city only to encounter here a group of young people who introduce her to the ways of urban living, thereby driving her back to the bosom of her family. Songs included “Don’t Twist My Mind,” “Fat City,” “Deca Dance,” “Leave the World Behind,” “Critics,” “North American Shmear,” and the title song.

Martin Washburn was delighted at the way the show profited from “the power of the new theatrical values,” and felt it was all “quite moving” in its ability to make “the space of audience and stage one emotional whole.” The lyrics may have been “a trifle facile,” admitted John Simon, but they did contain “a nice crunchy, aromatic quality, as of some unassuming dish just out of the oven and totally toothsome.” Martin Gottfried praised the show as “one of the most completely and precisely put together productions that I can remember anywhere.”

Adverse opinions came from such as Clive Barnes, who had a hard time enjoying the “moderately grisly evening,” as it was “one of those creaking youth shows that appear to be geriatric before their time.” Most critics liked all the performers, but the strongest singer was Salome Bey, who won an OBIE for Distinguished Performance. Among the other dozen onboard were Don Atkinson, Mark Baker, Jacqueline Britt, Matthew Diamond, Ed Evanko, Sharon Miller, and Michon Peacock.