Salome Bey, the American-born, Canadian singer, composer, and actor who was affectionately known as

“Canada’s First Lady of the Blues”.

Born on October 10, 1933 in Newark, NJ, the Grammy-nominated singer sang with her brother Andy and sister Geraldine as Andy & the Bey Sisters across the US, Europe and Canada before relocating to Toronto in 1964. A larger than life arts and culture figure whose artistic output and influence was felt across the world in both music and theatre, she possesses a long list of achievements and accolades, inclusive of two album projects with Horace Silver; two Dora Mavor Moore awards for Indigo, a history of Black music she conceived, wrote and starred in; a Grammy nomination for Your Arms Too Short to Box with God for best cast recording; and an Obie Award in 1972 for Love Me, Love My Children. Bey was made an honorary member of the Order of Canada in 2005.

Born to a working-class African-American family in Newark, New Jersey, Bey was one of nine children, and attended Arts High, the well-known Newark high school also responsible for greats like Wayne Shorter and Sarah Vaughan. She formed a vocal group with her brother Andy Bey and sister Geraldine Bey (de Haas), known as Andy and the Bey Sisters; subsequently, they performed in establishments across the globe, touring North America and Europe, and recorded and released albums on RCA Victor and Prestige. The first album, self-titled Andy and The Bey Sisters, was produced by famed iconic country star Chet Atkins; in addition, the group was featured in the Chet Baker film Let’s Get Lost.

After moving to Toronto in 1964 and playing the jazz club circuit, she became known as “Canada’s First Lady of Blues”. Bey appeared on Broadway in the Tony award winning Your Arms Too Short to Box with God, for which she was nominated for a Grammy Award for her work on the cast album. She put together a cabaret show on the history of Black music, Indigo, which garnered her two Dora Mavor Moore Awards for outstanding performance in a revue or musical and outstanding production of a cabaret or revue. Indigo was later filmed for TV and aired on Superchannel and later on CBC.

Known for her extensive community and charitable works, Bey contributed vocals to the 1985 charity single “Tears Are Not Enough” recorded by a supergroup of Canadian artists, that included Joni Mitchell, Gordon Lightfoot, Anne Murray, Burton Cummings, Bryan Adams, Bruce Cockburn, Geddy Lee, Kim Mitchell and others, under the name Northern Lights, to raise funds for relief of the 1983–85 famine in Ethiopia. In 1992 she received the Toronto Arts Award for her contributions to the performing arts, and 1996 she received the Martin Luther

King Jr. Award for lifetime achievement from the Black Theatre Workshop of Montreal. Bey’s holiday special Salome Bey’s Christmas Soul aired on CBC and featured guests Maureen Forrester, Billy Newton-Davis, Molly Johnson, Jackie Richardson, and the Faith Chorale Gospel Choir. Bey continued to appear in concert, often appearing with her daughters tUkU and SATE who, with other musicians, were known as Salome Bey & the Relatives. Salome started showing signs of dementia in 2004. In 2018, Bey was celebrated in the 100 Accomplished Black Canadian Women project created by The Honourable Jean Augustine.

Bey’s late husband, Howard Berkeley Matthews, was one of the original founders and co-owners of The Underground Railroad, an historic eatery in the black community from 1969 to 1979. She is survived by her three children, daughters; singer/performer SATE and singer/performance artist tUkU, and son Marcus Matthews. 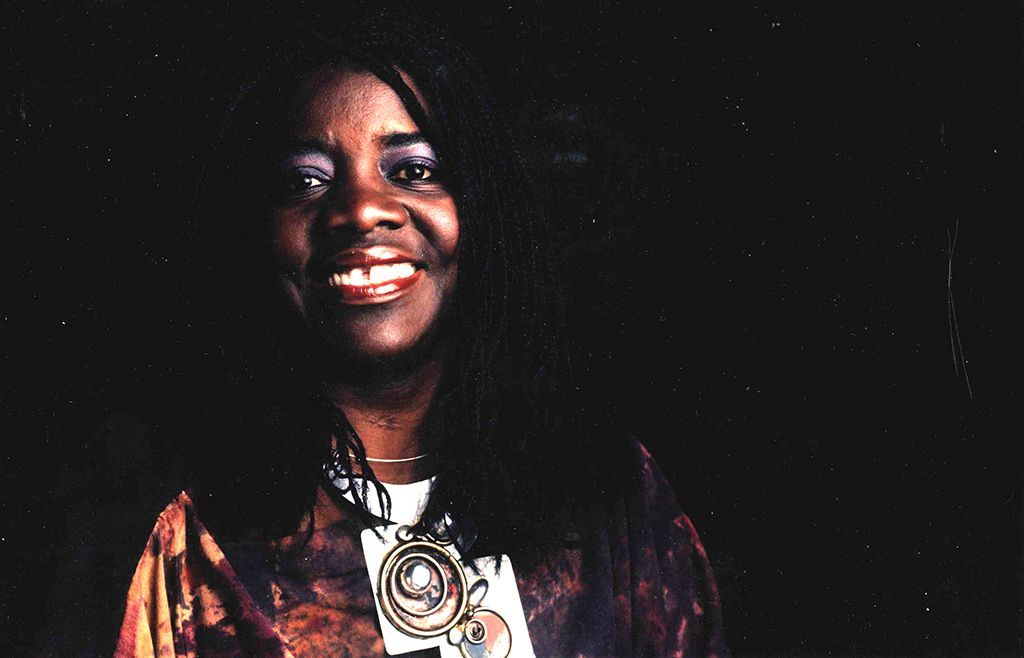